Is the open-plan office dead? Can skyscrapers survive? Will our phones control everything from the lights to ordering coffee? Our writer meets the architects already shaping the post-Covid-19 world.

From antibacterial brass doorknobs to broad, well-ventilated boulevards, our cities and buildings have always been shaped by disease. It was cholera that influenced the modern street grid, as 19th-century epidemics prompted the introduction of sewage systems that required the roads above them to be wider and straighter, along with new zoning laws to prevent overcrowding.

The third plague pandemic, a bubonic outbreak that began in China in 1855, changed the design of everything from drainpipes to door thresholds and building foundations, in the global war against the rat. And the wipe-clean aesthetic of modernism was partly a result of tuberculosis, with light-flooded sanatoriums inspiring an era of white-painted rooms, hygienic tiled bathrooms and the ubiquitous mid-century recliner chair. Form has always followed fear of infection, just as much as function.

With each of us now living in socially distanced self-isolation, with shops shuttered, offices abandoned and urban centres reduced to ghost towns, it’s hard not to wonder what kind of lasting impact Covid-19 will have on our cities. Will homes need to adapt to better accommodate work? Will pavements widen so we can keep our distance? Will we no longer want to live so densely packed together, working in open-plan offices and cramming into lifts? Will the beloved British pastime of queuing ever be the same again?

One design agency has already switched its entire focus to imagining what the post-Covid landscape might look like. Founded in 1943, the Design Research Unit has a history of thinking big. It shaped the appearance of much of postwar Britain, including the Dome of Discovery, London’s street signs and the logo of British Rail. It has now turned its creative energies to imagining the ways buildings could help to limit the spread of future epidemics, spanning everything from the layout of interiors and public spaces, to surface coatings – right down to the nano level.

“How we think about the workplace will be the biggest change,”

“How we think about the workplace will be the biggest change,” says Darren Comber, chief executive of Scott Brownrigg, which merged with the DRU in 2004. “We’ve seen a huge boom in co-working spaces. But, after this, are companies really going to want to put their entire team in one place, where they’re closely mingling with other businesses?”

The co-working dream was sold on the very basis of social interaction, the promise that you might rub up against freelance creative types while you’re waiting for your artisanal coffee. But proximity may no longer seem so tempting. “I’m not suggesting we all go back to working in 1950s cellular cubicles, but I do think the density in offices will change. We’ll see a move away from open-plan layouts, as well as better ventilation and more openable windows.”

It’s a hunch shared by Arjun Kaicker, who led the workplace team at Foster and Partners for a decade, influencing the gargantuan new HQ for both Apple and Bloomberg. “I think we’ll see wider corridors and doorways, more partitions between departments, and a lot more staircases,” says Kaicker, who now heads analytics and insights at Zaha Hadid Architects. “Everything has been about breaking down barriers between teams, but I don’t think spaces will flow into each other so much any more.”

Furniture may change too. “Office desks have shrunk over the years, from 1.8m to 1.6m to now 1.4m and less, but I think we’ll see a reversal of that, as people won’t want to sit so close together.” He imagines legislation might be introduced to mandate a minimum area per person in offices, as well as a reduction in maximum occupancy for lifts and larger lobbies to minimise overcrowding.

All of this could have a big knock-on effect on the skyline. “High-rise buildings would become more expensive to build and be less efficient,” he adds, “which may reduce the economic attractiveness to developers of building tall – and super tall – towers both for offices and residential.”

Kaicker’s team is already working on futuristic offices that happen to employ some of what he thinks might be post-coronavirus principles. ZHA’s new HQ for the Bee’ah waste management company in Sharjah, UAE, has been designed around “contactless pathways”, meaning employees will rarely have to touch a surface with their hands to navigate through the building. Lifts can be called from a smartphone, avoiding the need to press a button both outside and in, while office doors will open automatically using motion sensors and facial recognition.

“We’ve looked to eliminate direct contact with communal services, right from the street to the workstation,” says Kaicker, adding that the blinds, lighting, ventilation and even ordering a coffee will be controlled from your phone. With 80% of infectious diseases transmitted by touching contaminated surfaces, this hands-free future could well catch on.

Since the pandemic has turned social contact into the ultimate evil, some have been blaming the density of cities for the rapid spread of the disease, advocating the suburbs as the safest place to be. “There is a density level in NYC that is destructive,” tweeted Andrew Cuomo, governor of New York state, at the end of March. “NYC must develop an immediate plan to reduce density.” Others found hope in America’s car-centric lifestyle. “Gotta hope our tremendous sprawl will help us,” tweeted one journalist.

Across the US, the virus has amplified the divide between town and country, with some Republicans blaming city-dwellers, who are more often Democrats, for spreading the disease. “Density is still a very fraught subject in the US,” says Sara Jensen Carr, an architecture professor at Northeastern University in Boston and author of the forthcoming book, The Topography of Wellness: Health and the American Urban Landscape. “The pandemic is already giving ammunition to people who are naturally sceptical of density and want to promote the car-centric suburbs. They’re making the same arguments that were made over 100 years ago.”

Such positions risk losing sight of the obesity epidemic and the climate crisis, both exacerbated by sprawl – which dense, walkable cities can combat. “People tend to put the blame on personal choice,” she adds, “but the built environment shapes those choices.” Besides, some of the densest cities in the world have proved to be the best at curbing the spread of Covid-19.

Carr’s book charts a history of urban responses to public health crises, beginning with the work of landscape architect Frederick Law Olmsted, who worked as a sanitary officer during the American civil war, and went on to design New York’s Central Park and Boston’s Emerald Necklace of parks, identifying “the occasional contemplation of natural scenes” as being “favourable to the health and vigour of men”. After being cooped up indoors for months, might we all take a renewed interest in the value of parks and urban green space, as well as the public infrastructure of toilets, drinking fountains and, crucially, hand-washing facilities?

Much 19th-century public health theory may have been misguided, based on the evils of imaginary fumes, but it had beneficial outcomes nonetheless. Since the times of ancient Greece, it was widely thought that disease emanated from the earth and was spread through noxious vapours, or miasmas, that came from the soil.

“Miasma theory had a huge influence on cities, specifically building materials,” says Christos Lynteris, a medical anthropologist at the University of St Andrews and co-author of Plague and the City. “The craze for paving streets with flagstones was largely driven by sanitarian logic and a desire to seal in the earth’s poisonous gases.”

It was thought that disease could permeate through any structure in direct contact with the earth, so walls were sealed at the surface and buildings were increasingly coated, clad, plastered and varnished, forming an impregnable shield against this invisible enemy. Cracks were great causes of alarm – not only did they suggest structural fatigue, but also the possibility that deadly fumes might be released.

Lynteris’s study of the third plague pandemic – outbreaks of which recurred around the world for several decades, killing more than 12 million people in all – reveals how the disease spawned drastic urban measures. “Burning down parts of the city was one of the most popular solutions,” he says, citing one extreme attempt in Honolulu in 1900. The plan was to raze an infected part of the city’s Chinatown (a plan imbued with racial overtones), but the fire ended up destroying most of the city when the wind changed direction.

Other countries experimented with burning down urban blocks to create cordons sanitaires, but once the rat was identified as the main carrier, all attention turned to safeguarding buildings against rodents. “Every city in the world suddenly had committees of engineers trying to devise ways of rat-proofing,” he says. “It was a global craze, spawning thousands of patents in the 1910s and 20s, from drainpipe guards to concrete barriers.”

Lynteris is sceptical about how much coronavirus will actually change anything. “Epidemics and pandemics have their own temporality,” he says. “They are very condensed times, then panic dissipates very quickly and people rarely follow up.” He points to the 2003 Sars outbreak, when it was discovered that one residential block in Hong Kong became a site of “super-spreading” because of the way contaminated droplets from sewage pipes could enter people’s bathrooms through dried-up U-bends in the drains. Afterwards, there was no overhaul or mass-inspection of plumbing and ventilation systems to stop this happening again. “A one-off pandemic usually has no impact at all,” says Lynteris. “It has to keep coming back for us to take any notice.”

Some are using the current crisis to take a step back and reassess fundamental assumptions about how cities are structured. “This is the best time ever to think of a walkable city,” says Wouter Vanstiphout, professor of design as politics at Delft University of Technology in the Netherlands. “Could coronavirus be a catalyst for decentralisation? We have these enormous hospitals and people living on top of each other, but still having to travel long distances across the city to get to them. The pandemic suggests we should distribute smaller units such as hospitals and schools across more of the urban tissue and strengthen local centres.”

With travel limited, the local high street has come into its own: corner shops and bodegas are generally proving much better stocked than supermarkets. The pandemic has also made visible other changes that have been happening under our noses. Vanstiphout says his friends who live in central Amsterdam have had a rude awakening. “Now that tourism has stopped and the Airbnbs are empty,” he says, “they have discovered they have no neighbours. There is no neighbourhood. There is no city. If you subtract the tourists, there is nothing.”

Coronavirus has exposed the effects of tourism and migration on cities across the world in different ways. In Delhi, the decree to stay at home has seen thousands of migrant workers walk hundreds of miles back to their rural villages, with cancelled work leaving them unable to pay rent.

“I think that ‘global cities’ boosterism will take some blows,” says Vanstiphout. “Much has been made of this fluid network of metropolitan areas, but there is now more of a sense of the city as a place of safety, a place of home and continuity. This whole thing could be taken as warning against migration, but to me it’s the opposite. It’s a warning against tourism and the inequality that causes labour migration on a temporary basis; a warning against the gig economy and the devastation of public services. There is something really clarifying about a pandemic: you can see the absolute necessity of a public health service and a proper social welfare system. It creates a very clear picture of what is good.” 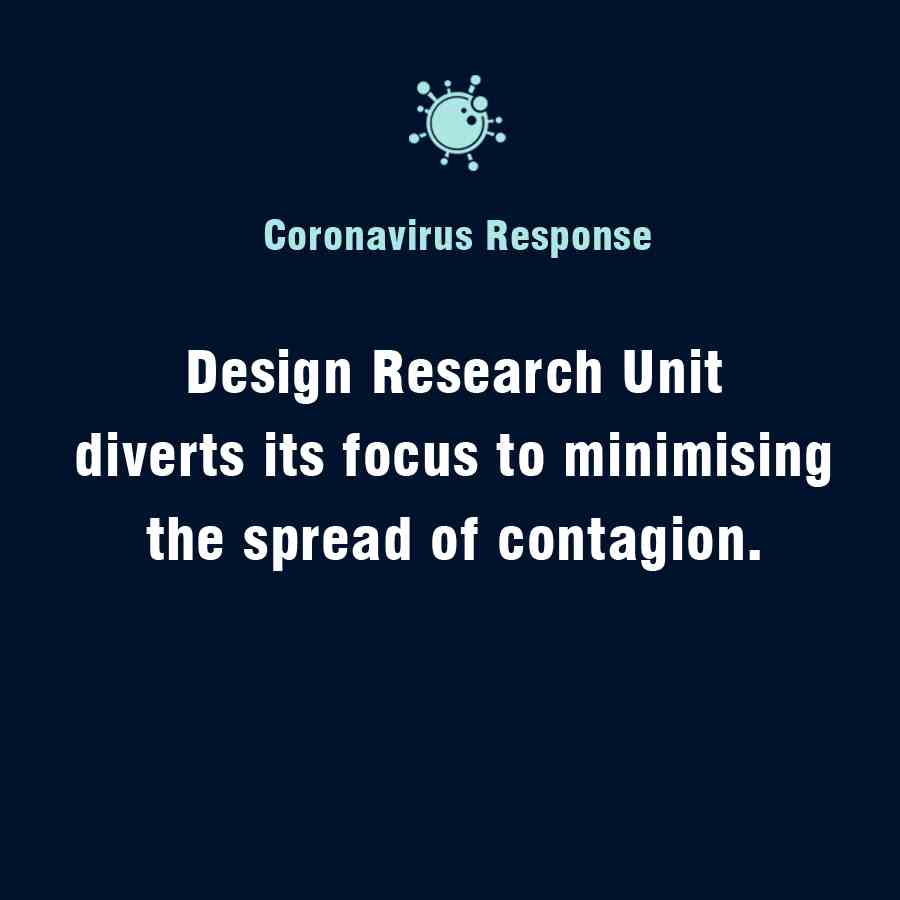