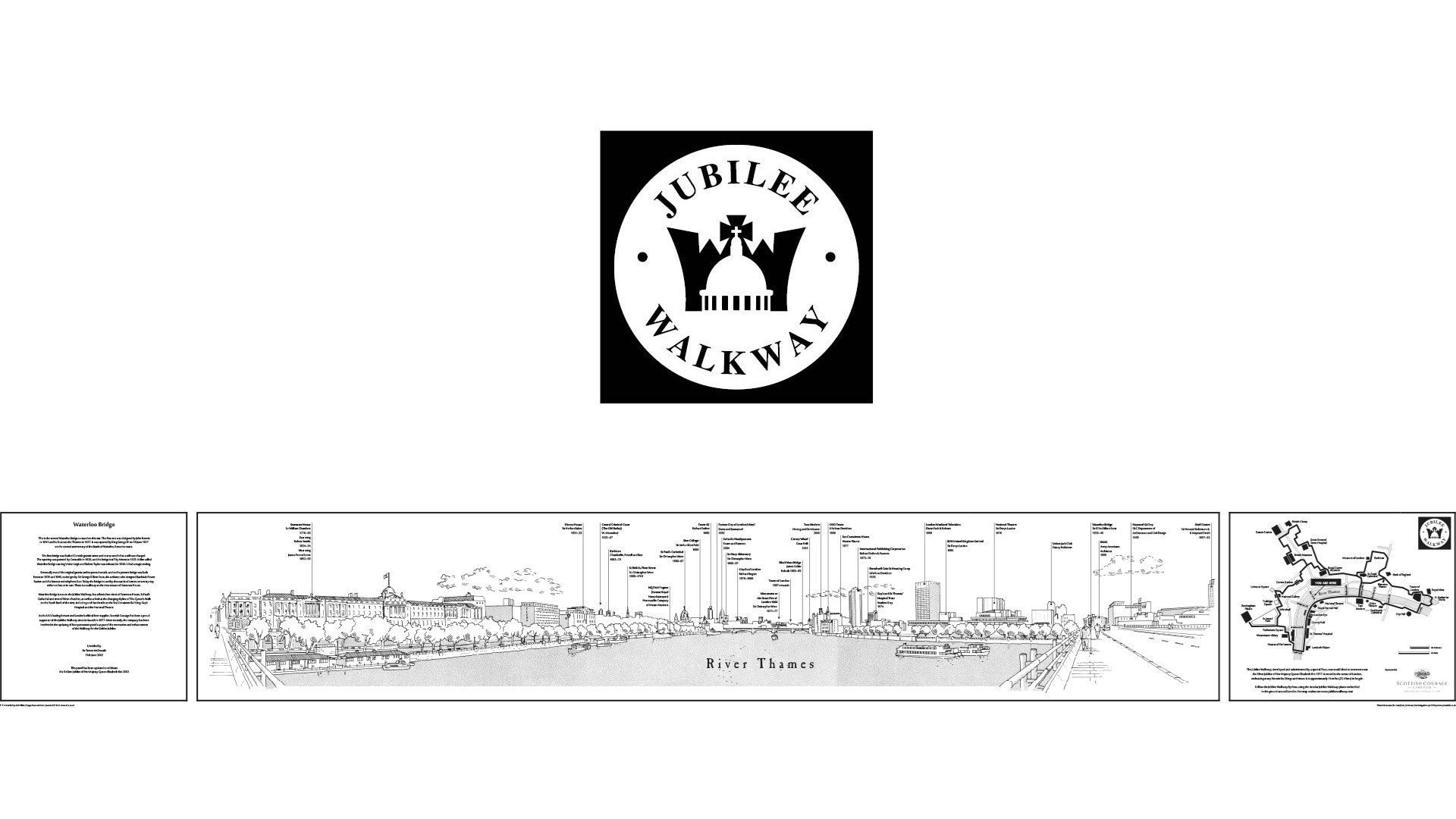 Originally designed in 1977 to celebrate the Queen’s Silver Jubilee, the Jubilee Walkway was the output of the Environmental Committee, tasked with arranging all the events in London to mark the Jubilee. It was chaired by Max Nicholson, who was assisted by Misha Black. The walkway, marked by hundreds of Silver Jubilee pavement discs, was designed to incorporate some of London’s best known buildings and landmarks. It originally led from Leicester Square through St James’s Park to Lambeth Bridge, across the river and followed the South Bank of the Thames to Tower Bridge, crossing back to Tower Hill. Her Majesty the Queen opened it by unveiling a plaque on the South Bank Lion on 9 June 1977.

From the 1980s panoramic panels were introduced along the walkway, on the embankment and on many of London’s bridges to identify the buildings along the way. The artwork, much of which was produced by DRU, provides a pictorial view of the vista, identifying buildings, their architects, construction dates, a route map of the walk and details of the sponsor and the person responsible for its unveiling. Over the years the task of unveiling the panels has been carried out by Her Majesty the Queen, HRH the Prince of Wales, the Duke of Gloucester, President Nelson Mandela, during his state visit to Britain in 1996 and many other distinguished figures from the world of politics, public service and the arts.

In 2002, the year of the Queen’s Golden Jubilee, the Jubilee Walkway was completely refurbished. A survey identified where new pavement discs were needed and many of the panoramic panels were either updated or replaced by the Design Research Unit in order to reflect the changes in London’s skyline.