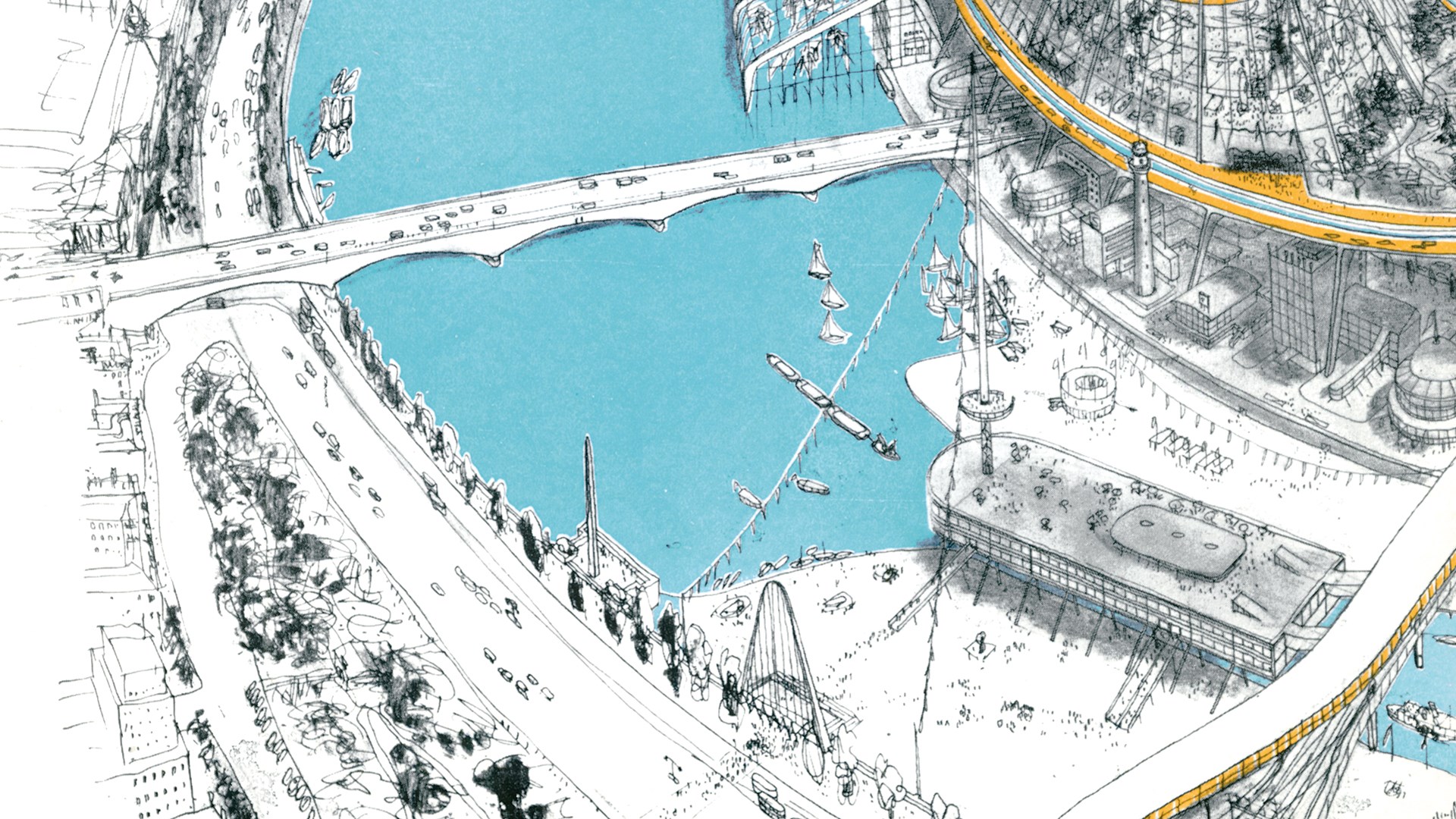 In 1946 Misha Black’s illustrated proposal for a commemorative exhibition on the south bank of the Thames River, to mark the centenary of the 1851 Great Exhibition, appeared in The Ambassador magazine.

Black argued that the proposed Festival of Britain would make an important contribution to the post-war rebuilding of the waterfront, predicting that the new architecture, bridges and transport would serve generations to come.

The drawing shows a towering glass structure with a waterway to carry visitors to the top via self-propelled boats from there visitors would be able to take helicopter rides or return to the ground by ‘controlled parachute’. Black became the co-ordinating architect for the ‘upstream’ half of the exhibition and DRU took charge of the displays in the Dome of Discovery, the design of the Regatta Restaurant, decoration of the Bailey Bridge and the festival signage. 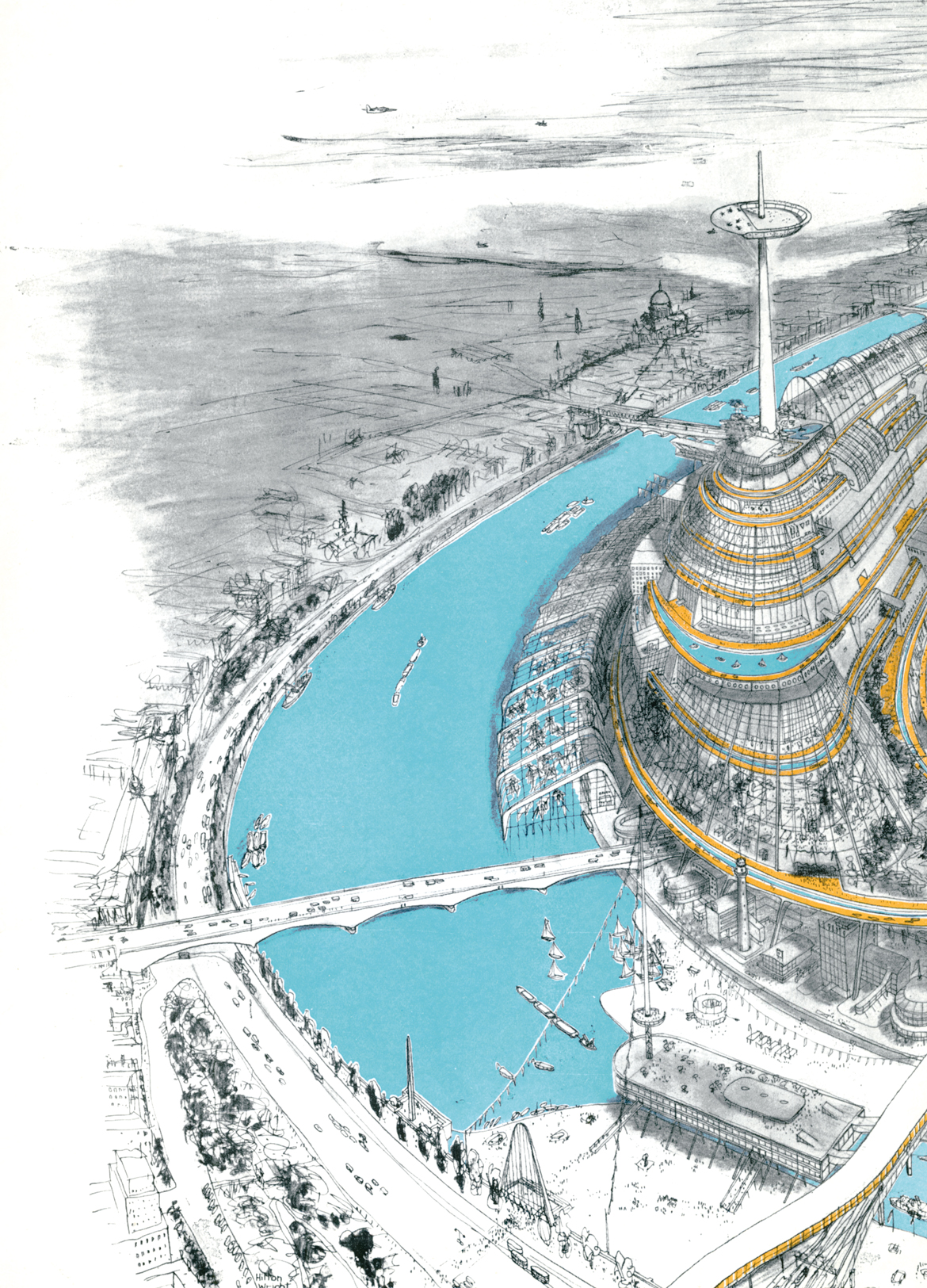