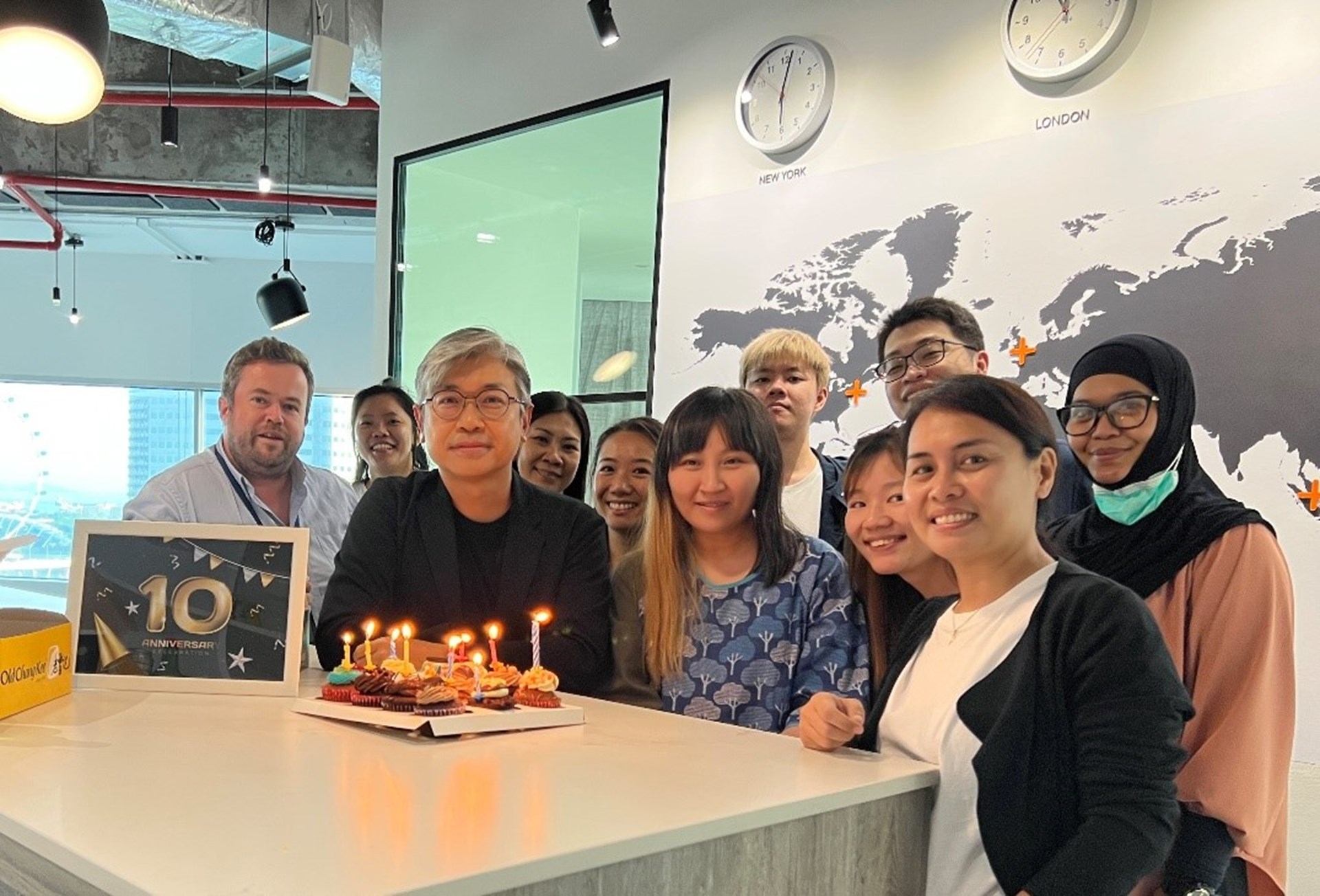 This month our Singapore studio celebrates its 10 year anniversary, following the opening of our first Singapore studio in One Raffles Tower back in 2012. We marked the opening with an official reception at the British High Commissioners residence, Eden Hall in Singapore in 2013.  Judith Slater, Deputy High Commissioner together with Philip Hickson, Director of Investment at UKTI attended with well over 100 guests from the Singapore built environment industry. Here we look back to some of the highlights of operating in Singapore and South East Asia over the past ten years.­­­

In 2015 we completed our first education project in the region. The University of Reading Malaysia in EduCity, Johor Bahru captures and translates the essence of the University’s UK campus, and supports up to 3,000 students and 400 staff. The design is based on a simple forum approach with accommodation around a covered heart space. Its translucent roof protects this space form direct sunlight and rain and forms a lush green environment. The project was a finalist in the World Architecture Festival Awards.

The following year we were commissioned by the Papua New Guinea Port Authority to create a new masterplan for the 40 ha Port Moresby to include four hotels, commercial, retail and entertainment space, over 2,000 apartments, a maritime quarter with liner berth and private marina, together with a 20,000 sq m convention centre. 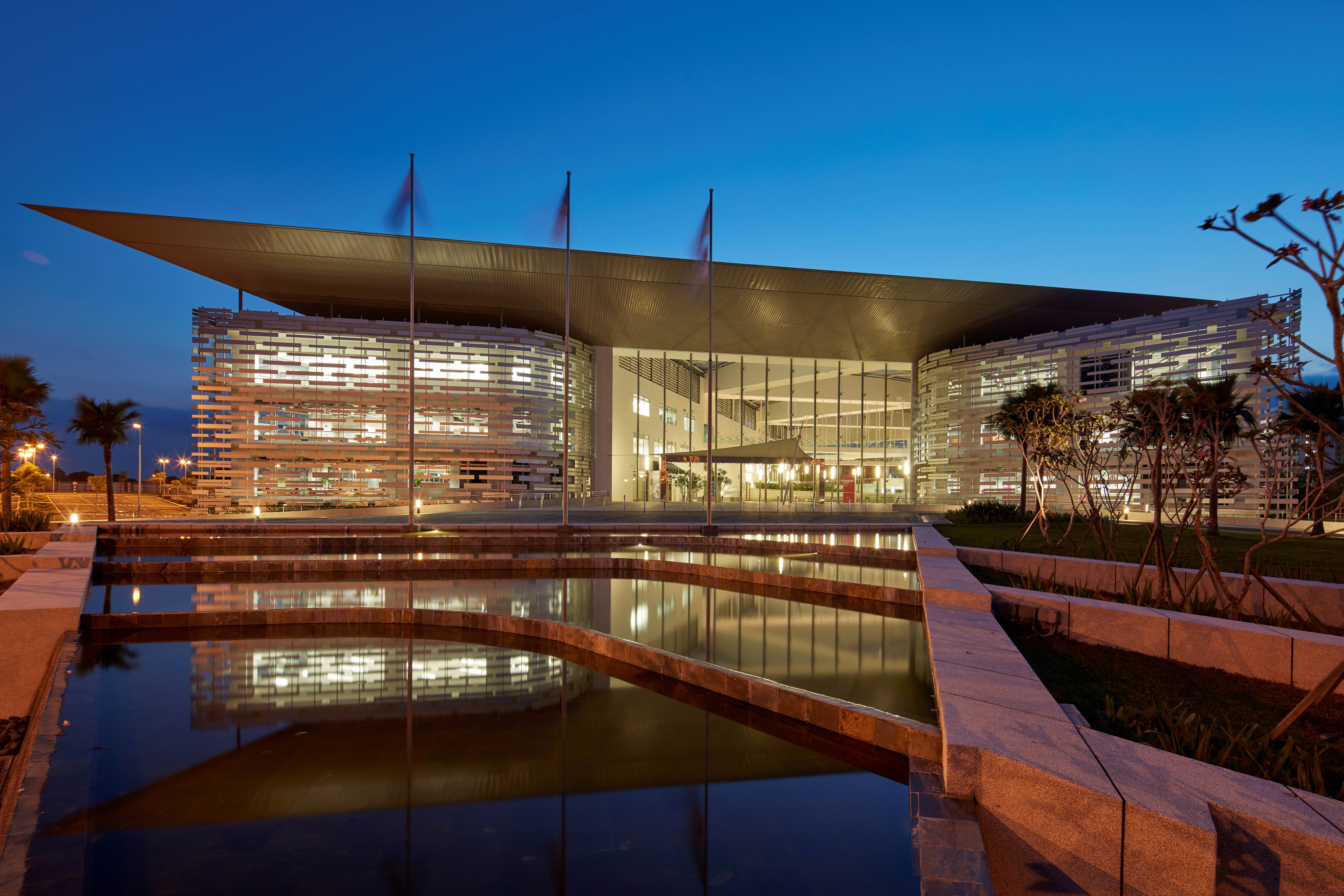 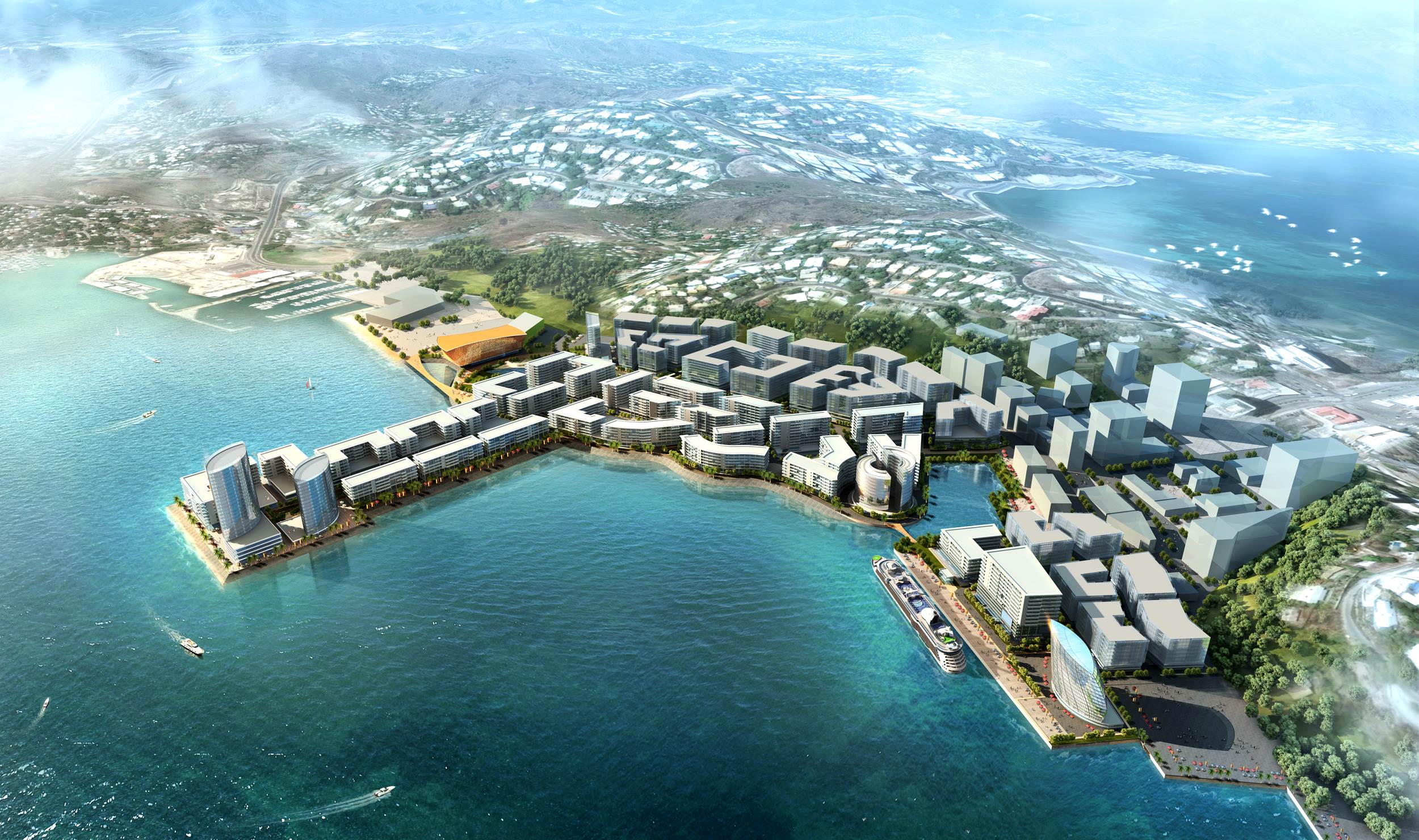 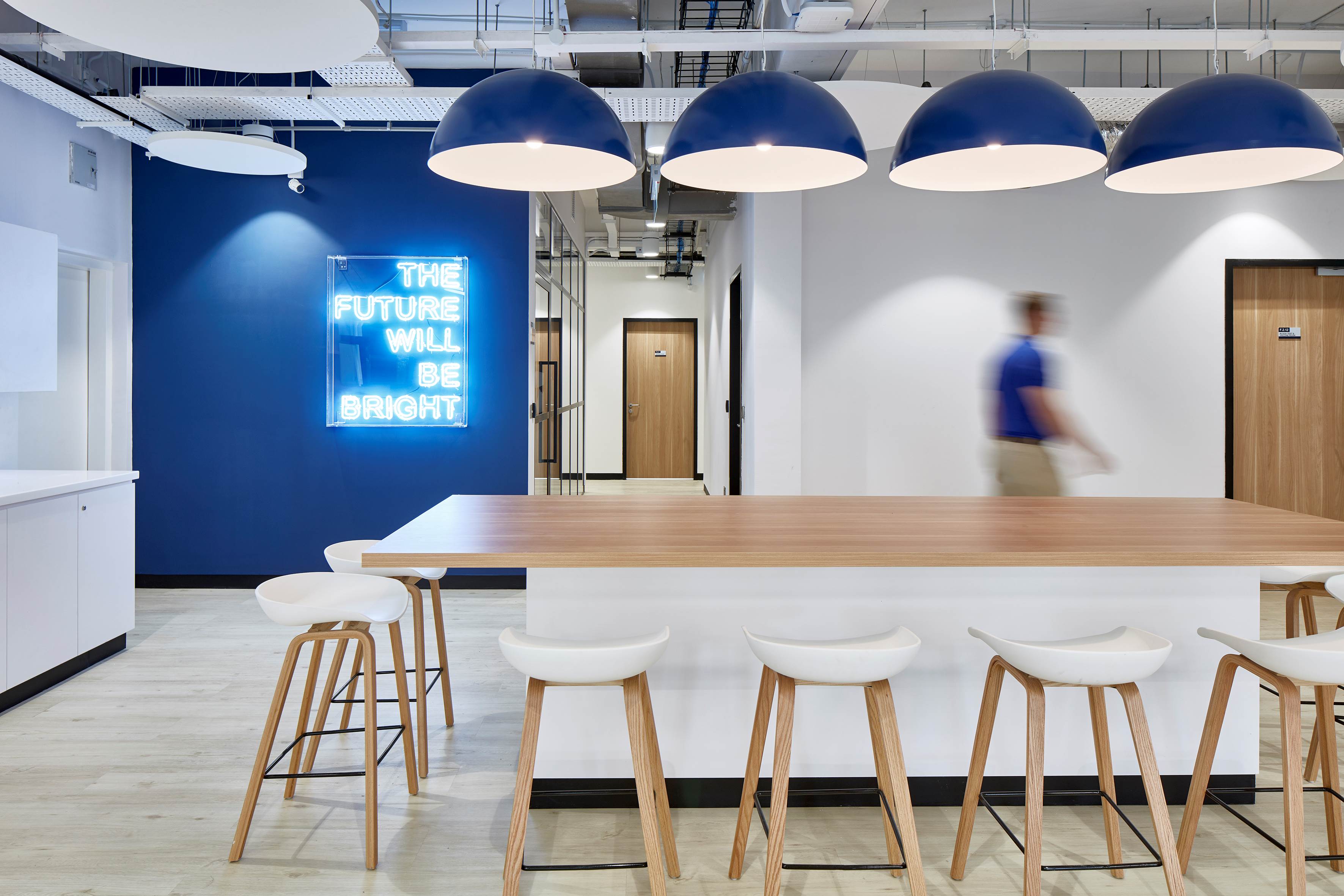 In 2016 Director Raymond Hoe took over leadership of the studio and was named as one of Tatler Magazine’s 50 Most Influential in Singapore Design. With several notable schemes under his belt including the BMW flagship car showroom and award-winning Henderson Wave Bridge in Singapore, the M Hotel in Chengdu, China, and St Regis Hotel in The Maldives. Raymond was also a recipient for the 2008 President’s Design Medal for Henderson Wave Bridge in Singapore and an invited design tutor in Department of Architecture in the National University of Singapore.

In the same year we worked on our first cutting-edge research facility for Newcastle University in Singapore – NewRIIS. This led to us extending their public medical clinic near EduCity, Johor Bahru. Providing primary and specialist care facilities together with medical training rooms.

Two years later in 2018, we moved our studio to Gateway West with a focus on Advanced Technologies, Offices, Hospitality, Education, Transport and Aviation.  An official launch event marked the move with key clients and consultants from across the built environment industry in Singapore and the wider region in attendance, together with our CEO and Managing Director in attendance. 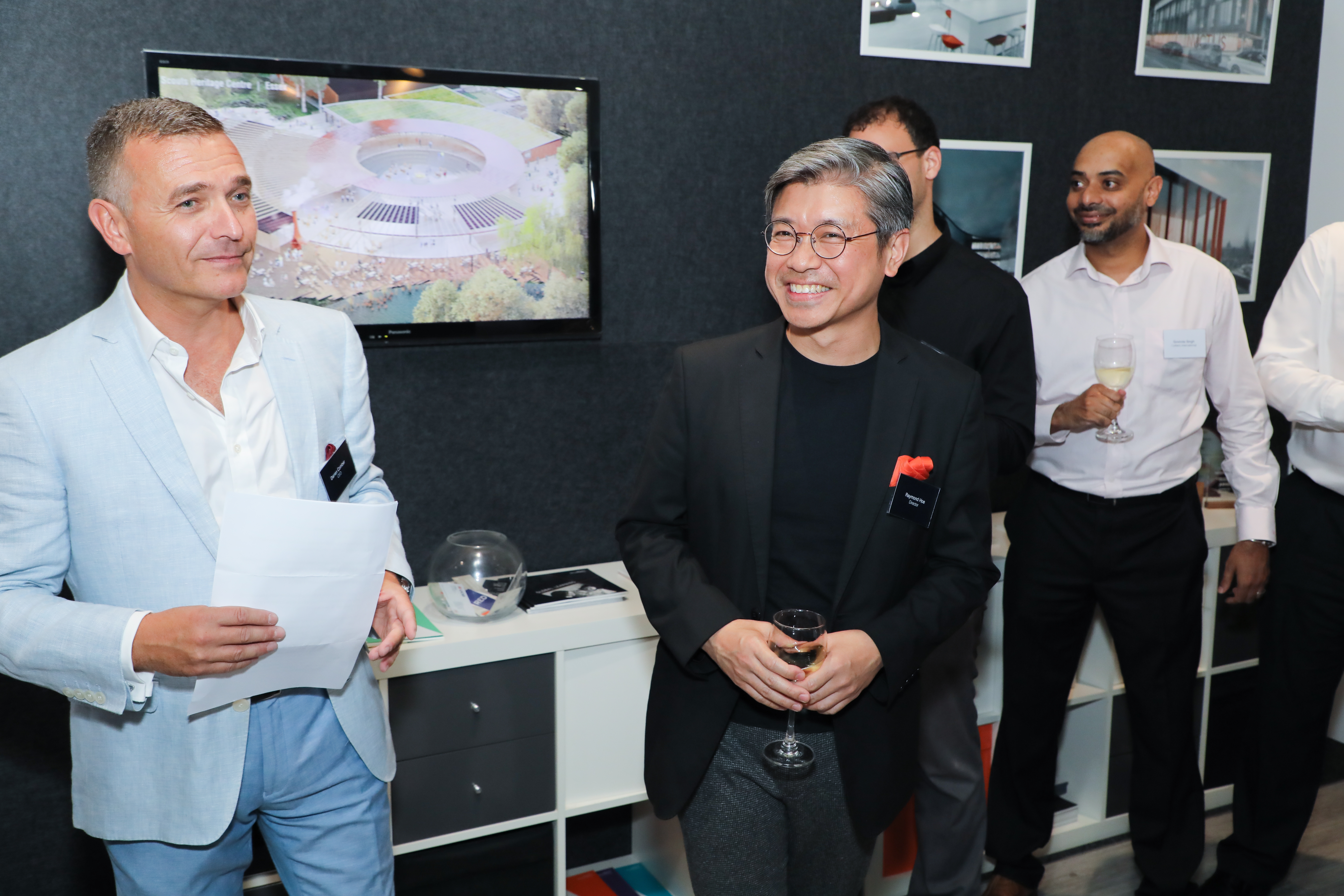 We completed our first Data Centre in Singapore – Tai Seng Data Centre - in 2019, firmly establishing our Advanced Technologies Sector within Singapore and the wider region.  Repurposing an existing warehouse into a mission-critical facility, the six-floor design is a departure from the traditional style data centre.  Subsequently the studio has gone on to work on 17 further data centres in the region. In the same year we were also commissioned to work on our first hotels in Vietnam. A 150-bed Luxury Resort Hotel in the UNESCO world heritage town - Hoi An with public spaces, restaurant, bar and spa, and the 300-bed five-star Bay Capitol Hotel tower in Danang which, faces onto the Danang River. Both are due to open at the end of 2022.

In 2019 and 2020 we worked on the first of a series of supermall expansion and redevelopment projects for SM Prime in Marikina City in the Philippines. The 124,878 sq m SM City Marikina design enhances the mall’s vibrancy and draws inspiration from the “Fire Tree” which is widely found all over Marikina City with a subtle curve and foliage shapes that mimic the silhouette of the trees and its flower.

During the pandemic, we completed our first private residence in Singapore – Strata House.  The timeless, contemporary design, prioritises family time whilst being tailored to the site’s tropical context.  The project won a WAN Award and has had significant coverage in architectural and luxury home press titles. 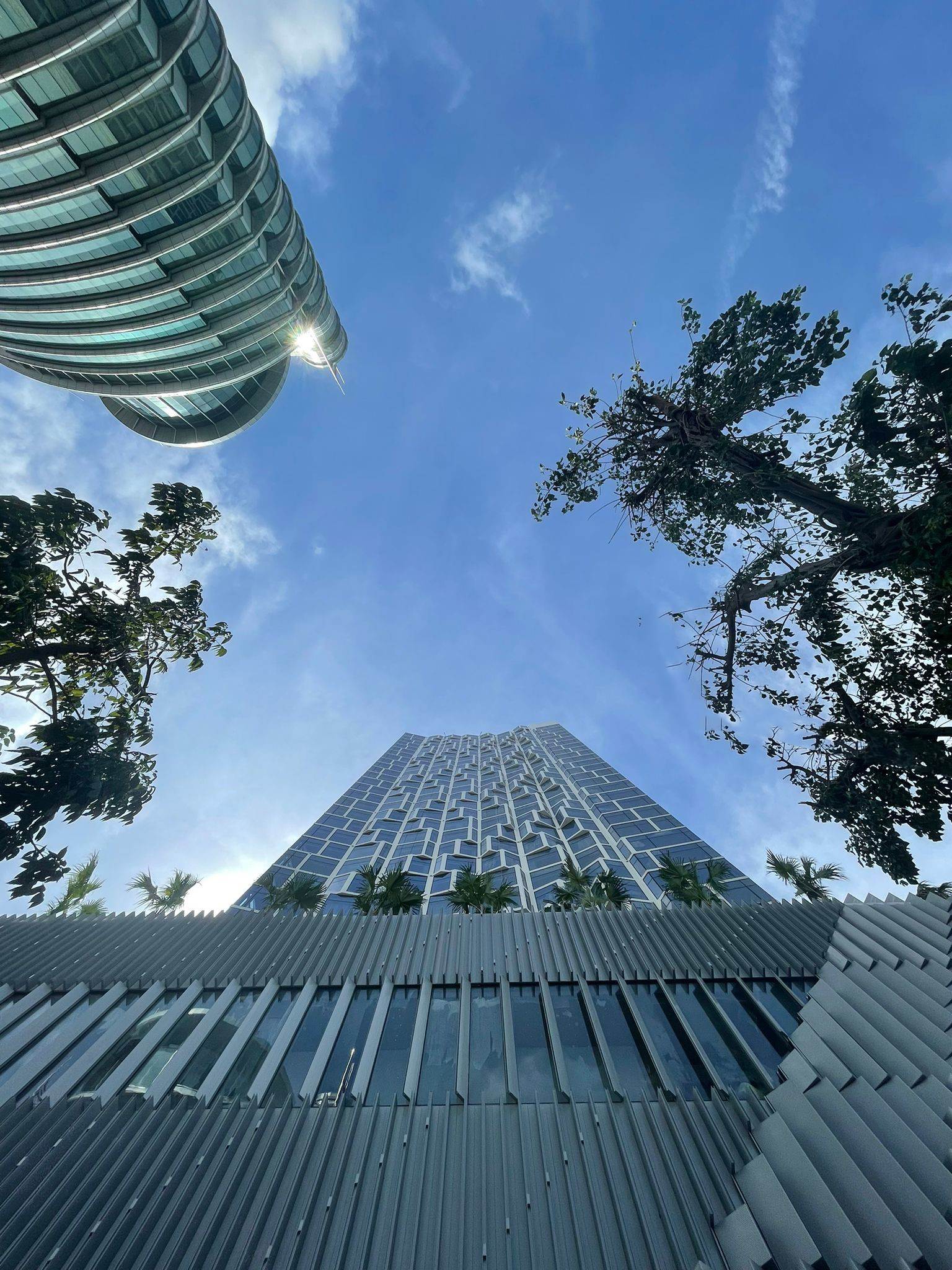 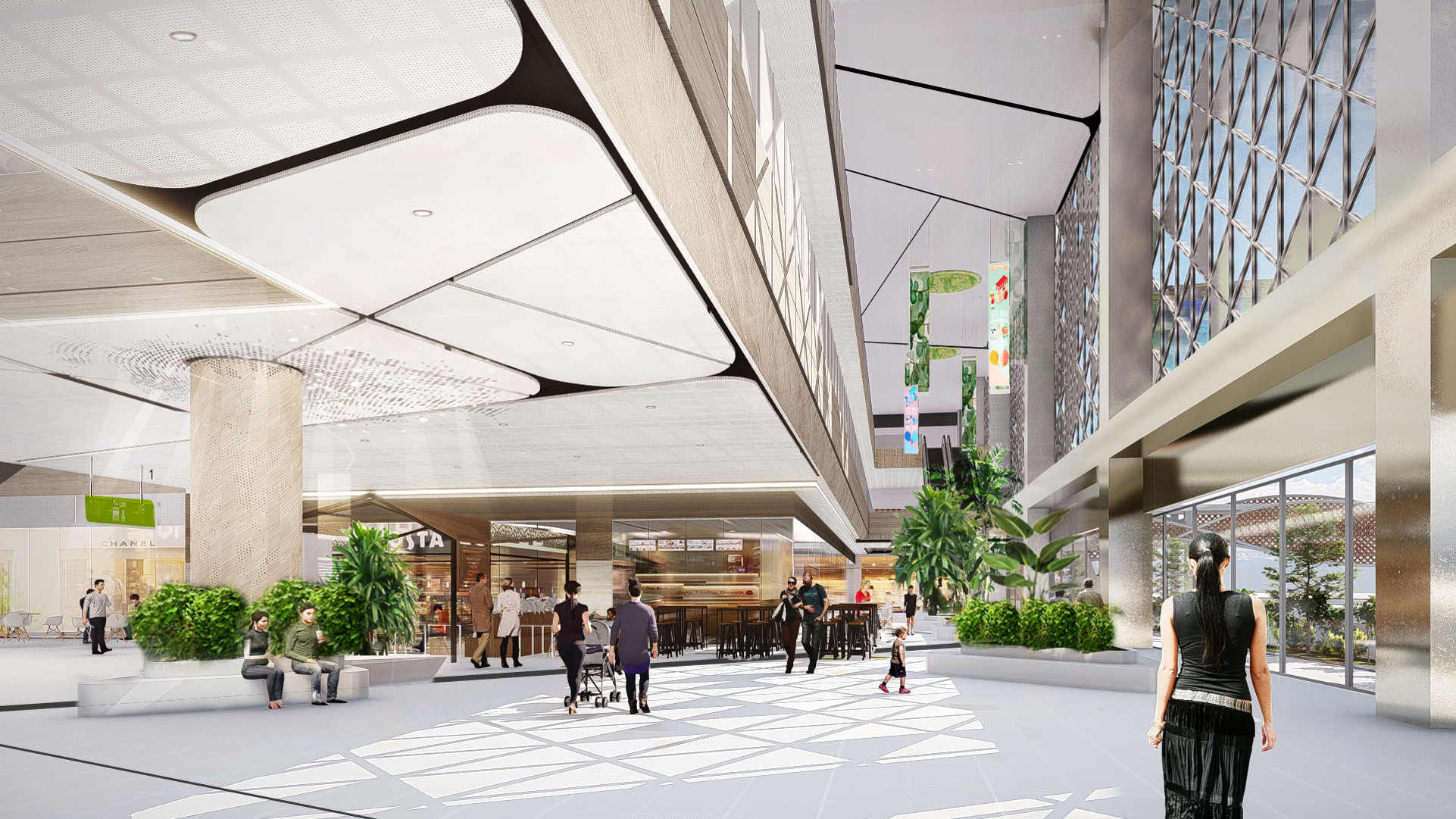 Earlier this year, our vision for a transport hub of the future featured in a public exhibition organised by Singapore’s Urban Redevelopment Authority’s (URA) for an Autonomous Vehicle (AV) future in Singapore. Our vision envisions a transformation of neighbourhoods through the mobilisation of services. Once restricted to a fixed location, services and amenities are now transported all over the city via AVs, serving a much wider community and freeing up valuable space for other uses. 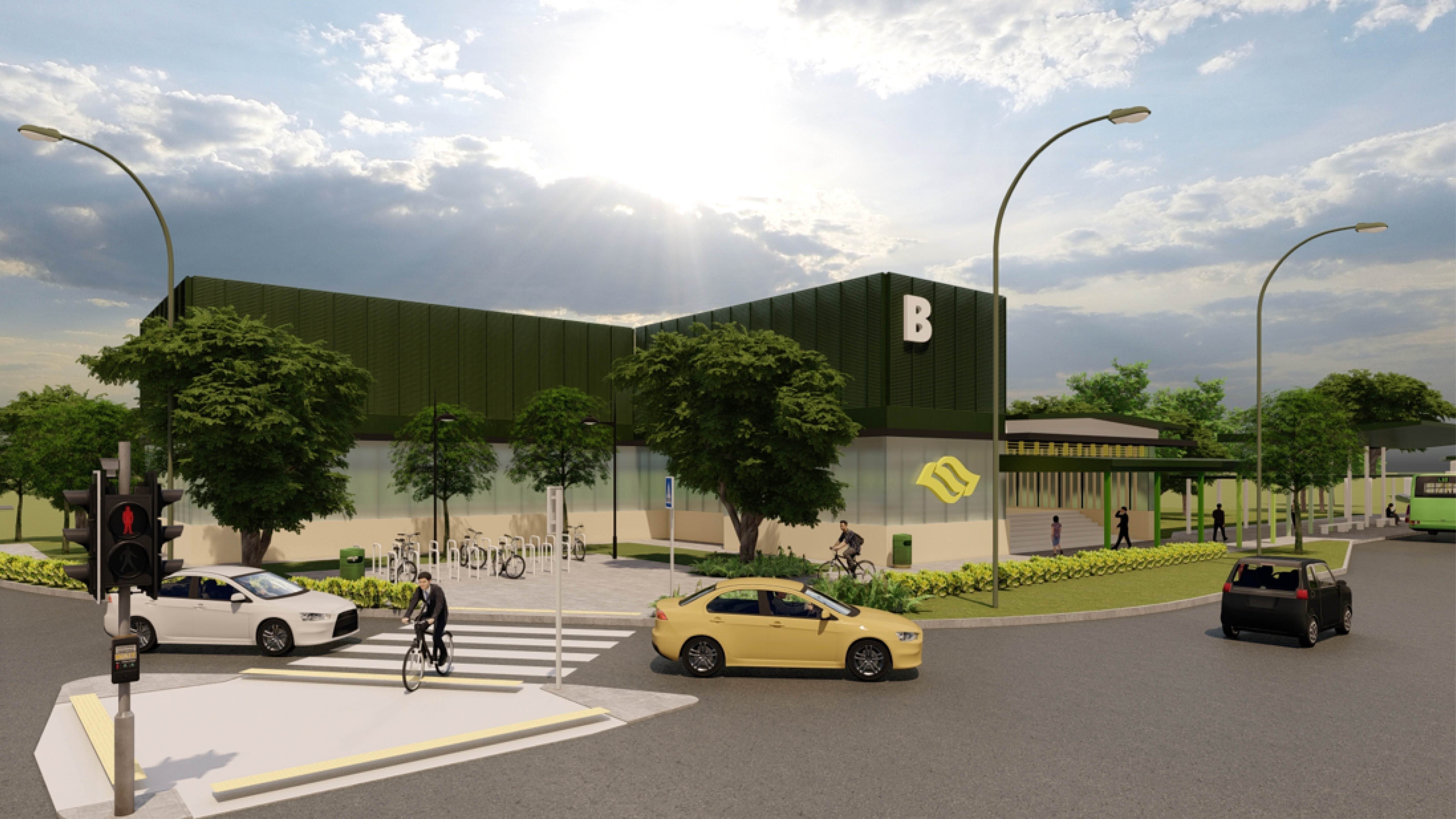 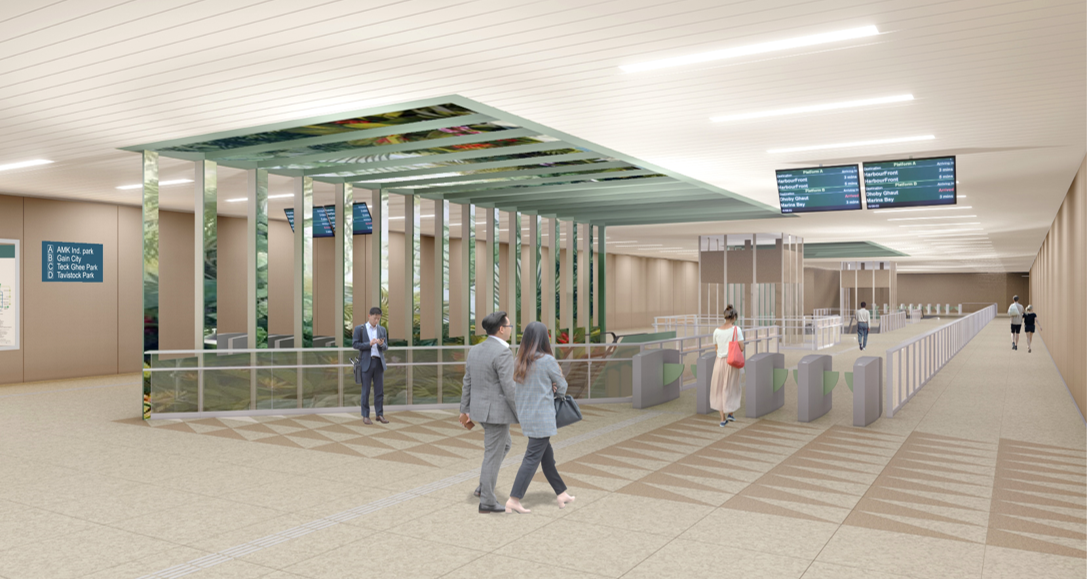 The month long celebration culminated in securing planning permission for the 407million SGD new Tavistock Station in Singapore. We have been appointed to work on the Station as part of a multi-disciplinary team consisting of engineers Jacobs Singapore and contractor Sato Kogyo. The station forms part of the first phase of the Land Transport Authority’s Cross Island Line project (CRL) benefitting more than 100,000 households – and is set to be the longest underground Mass Rapid Transit (MRT) system in Singapore. Once complete, the three-phased CRL scheme will serve existing and future developments in the eastern, north-eastern and western corridors – providing new and alternative routes for commuters with over half the stations providing interchange with existing lines.

Responsible for the architectural design of Tavistock Station, Scott Brownrigg’s concept “Park Connected” links local parks and greened areas at the extents of the station’s reach through its 300m long below-ground concourse and platform, significantly improving access for residents, workers and students in the area.